The terms of the settlement include: (1) immediate stabilization of the site; (2) restoration of a 50-foot stream buffer on each side of a 260 linear foot section of the damaged tributary to Sawnee Creek; (3) removal of sediment from the tributary to Sawnee Creek by bucket brigade; (4) use of pervious paving materials for at least 60 percent of parking lot square footage to allow rainwater to infiltrate into the ground; and (5) permission for CRK to regularly inspect the site. 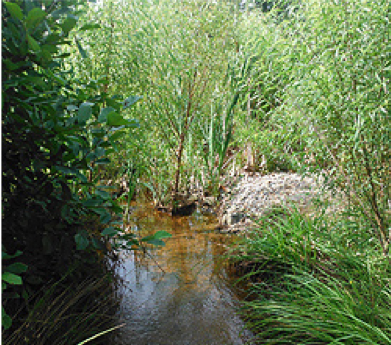