Venture into the forested areas of Atlanta between April and May and you may stumble upon a picky, herbaceous plant known as the Pink Lady Slipper orchid.

Pink Lady Slipper orchids, or Cypripedium acaule, require highly acidic soils, and are found primarily in pine forests, but they’ll tolerate deciduous hardwood forests as well. While widely distributed across the eastern United States and Canada, their range in Georgia is limited to the upper half of the state, including at Connally Nature Park.

In the early late 1990s, the property where Connally Nature Park now sits was largely unknown, but a few local visitors were aware of the unique ecosystem housed there. While white oaks are not rare in Georgia, the number of these stately trees gathered at the site in East Point, Atlanta was unusual, and thus gained attention.

The City of East Point sold the property so that Fulton County could build an elementary school in the early 2000s, but a collection of environmental groups, including Chattahoochee Riverkeeper and Trees Atlanta, took legal action to prevent the destruction of this unique stand of white oaks.

For a time, the Hank Aaron Oak, which is located in the park, was considered the state champion white oak based on its massive height, circumference, and crown size. These trees are thought to be nearing 200 years of age, but could be older.

Eventually, as a result of the litigation, East Point bought back the property and established the Connally Nature Park. Through that resolution, CRK took a conservation easement on the banks of the Utoy Creek tributary that runs through the park, where we have worked ever since to remove invasive plant species and re-establish native vegetation along the stream banks to prevent erosion. We are also constantly monitoring water quality in the stream and have stopped sewage spills that were impacting the water upstream and within the park itself.

Over the last few weeks, the fickle Pink Lady orchids have been spotted deep in the park towards the famous Hank Aaron Oak. The flower can be identified by the two leaves that form the base, with a single breath-taking bloom per plant, which flowers for an extremely limited time between April and May.

These blooms give off a sweet floral scent, which lure in unsuspecting bees hoping for nectar. Instead, the flowers’ one-way design forces bees to interact with only the reproductive parts of the plant. This means the bees help the flowers reproduce, but the bees receive no nectar in reward for their efforts. It’s hypothesized that this is one of the reasons these orchids rarely produce seed.

Pink Lady orchids are considered one of the showiest species in the United States, and because of this they are not only threatened by habitat loss, but by poaching as well. They are often dug up for personal gardens or profit, but usually do not survive the transplant due to their sensitive symbiotic relationship with special fungal species, called mycorrhizae, which are found in the soil. New seedlings and adult plants cannot survive without the proper fungal-root associations, which may not be available in the areas where they are transplanted. Research in the field of soil microbiomes has shown the importance of mycorrhizae in a healthy ecosystem, which sheds light on the importance of healthy soil composition in relation to the growth of the Pink Lady Slipper orchids.

Plants like the Pink Lady Slippers highlight not only the beauty that lies within the ecosystems in our watershed, but also the fragility. By protecting this region’s source of clean water and fighting pollution, we can ensure that our region’s diverse array of flora, from the delicate pink lady slippers to the towering white oaks, continue to thrive. 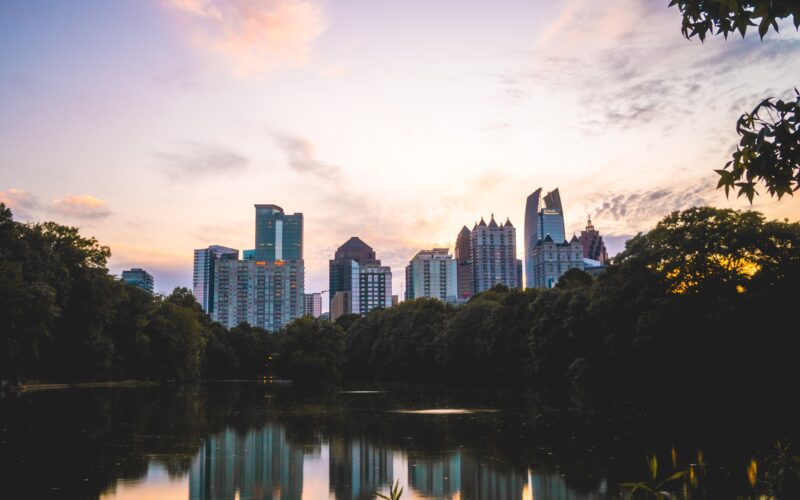