Getting the Lead Out of Georgia’s Schools

Have you ever turned on the tap at the sink and not had water come out? It’s a true feeling of powerlessness. You might have the resources to make do without water for a few hours or a maybe even a day, but many people living in urban and rural parts of the Chattahoochee River basin have lived without water for much longer, sometimes years – until they found help.

Chattahoochee Riverkeeper’s mission is to protect and preserve the Chattahoochee River for all who depend on it. As part of that goal, we want to ensure equitable access to safe drinking water for everyone, which is why we will discuss helpful water resources over a series of four blog posts. This is the first in the series.

In the summer of 2021, the Georgia Department of Education launched the Clean Water for Georgia Kids Program. The federally funded program has a simple goal: “identify and get the lead out of drinking and cooking water where children learn and play across Georgia.” According to the Centers for Disease Control and Prevention, “because no safe blood level has been identified for young children, all sources of lead exposure for children should be controlled or eliminated.” The new program can support testing of every drinking and cooking water tap in 800 schools and childcare centers anywhere in the state.

The Flint, Michigan crisis identified in 2014, elevated lead contamination in drinking water to a national conversation. Beginning in 2016, school districts across Georgia – including Atlanta, Fulton , DeKalb and others – initiated lead monitoring programs. Many discovered the presence of lead at levels above the Environmental Protection Agency’s mandated action level (15 parts per billion) in common locations: sink faucets, drinking water fountains and pipe fittings.

In the DeKalb County School District, elevated levels of lead were discovered in “nearly half the school district’s 145 schools, administrative buildings and athletic facilities.” In Atlanta Public Schools, “officials found 25 of 60 schools had water sources with lead levels above 15 parts per billion.” All the lead sources were mitigated by disconnection, repair, or replacement. Most of the problems included water fountains or fixtures with lead parts. So, one simple solution included installation of brand-new water bottle filling stations. It’s especially important to point out: the lead came from sources inside the facilities, and the lead did not come from the water provider or utility.

First, the rule requires water treatment techniques that keep water supply pipes from corroding from within and releasing lead and copper into the water. Second, the rule establishes action levels if lead is discovered and requires specific water system actions and treatments – including public education campaigns, lead service line replacement, and water monitoring – to reduce and mitigate for lead. For example, the lead action level is triggered if “the concentration of lead in more than 10 percent of water samples collected during any monitoring period” is greater than 15 parts per billion (ppb, or 0.015 milligrams per liter). Depending on the number of customers a utility serves, between 5 and 50 homes are tested on regular intervals. 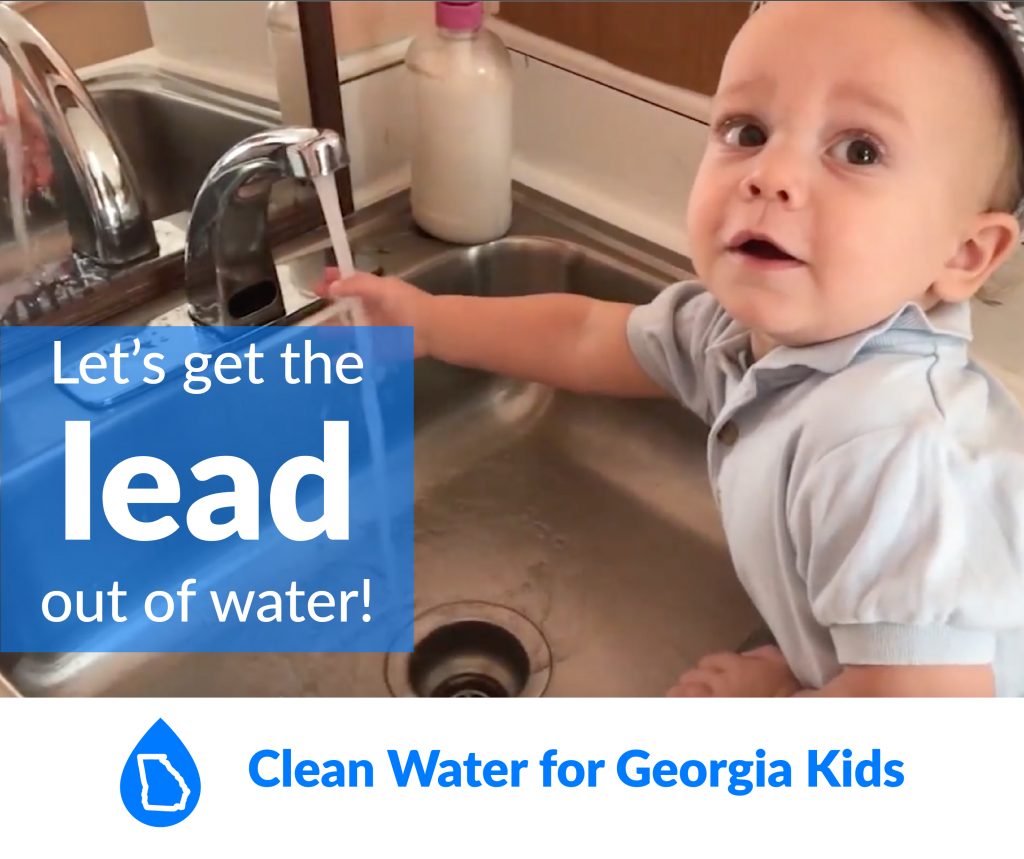 The Georgia Department of Education’s Clean Water for Georgia Kids Program will identify the presence of lead in drinking and cooking water, make the data publicly available, and will offer low-cost solutions for schools. Georgia’s program is based on a North Carolina pilot program managed by RTI International. In North Carolina, lead was “detected in 97% of childcare centers in at least one tap, and above 15 ppb in 16% of” the 86 of the participating centers.

The program requires individual schools to opt-in, collect water samples and send the samples with a pre-paid label to the program contractor’s laboratory for analysis. RTI International will communicate and interpret the results with the school and provide recommendations for any necessary no-cost to low-cost mitigation. Any sample with more than 1 ppb will trigger a response and recommendation for remediation. Additionally, all results will be publicly posted. Furthermore, if a facility discovers and resolves a problem, the publicly posted data will reflect any changes. In other words, a facility can acknowledge a problem, fix the problem, and publicly declare “our school’s drinking water is lead free!”

CRK is working with Environment Georgia, the New Georgia Project and other partners to publicize this program and encourage schools to participate. And Atlanta Public Schools launched their own testing program in the summer of 2021. Finally, more federal funding is available from the Bipartisan Infrastructure Investment and Jobs Act (2021) to eliminate lead from drinking water systems.  Hopefully, Georgia’s communities will take advantage of this opportunity.