Flat Creek originates in midtown Gainesville and flows six miles through city neighborhoods, passing by schools and churches before entering into Lake Lanier. Sadly, it’s one of the state’s most impaired waterways due to extremely high concentrations of E. coli (bacteria) and other harmful pathogens.

Fortunately, CRK has been on the case to improve water quality in Flat Creek.

In 2012, CRK began a long-term monitoring program to assess the degree of the creek’s impairment. During rain events, we found bacteria levels in Flat Creek were more than 1,000 times the level recommended by the U.S. Environmental Protection Agency (EPA).

Our findings were not surprising for a creek running through the “Chicken Capital of the World.”

Bacteria levels in stormwater runoff from poultry processing plants were a significant contributor to the impairment. When attempts to work proactively with poultry processing companies were not successful, CRK turned to the power of the media and the authority of local, state and federal agencies. Ultimately, the EPA took enforcement action against two of the largest chicken processing plants in Gainesville.

In 2016, Pilgrim’s Pride Corporation was issued a $65,850 fine by the EPA as a result of violations to the federal Clean Water Act. This enforcement action mandated that the company implement a suite of corrective actions to control its stormwater discharges.

To address its stormwater, Pilgrim’s hired a full-time Complex Environmental Manager, who conducted a comprehensive site assessment of the company’s stormwater system. In 2016, Pilgrim’s invested more than $500,000 to upgrade its stormwater infrastructure, including installing a 70,000-gallon storage tank and a pump station, which will capture the critical first flush of a rain event from the facility and store the water until it can be pre-treated onsite before being sent to the city’s sewage treatment plant.

“In addition to Pilgrim’s important efforts to capture and treat its stormwater onsite, one of the best things to come from this hard work is the transparent and positive relationship we have developed with Pilgrim’s and their management,” said Dale Caldwell, Headwaters Watershed Protection Specialist at CRK.

“We are committed to being better stewards of Gainesville’s aquatic resources and look forward to working with Chattahoochee Riverkeeper in the future,” said Tony Pyle, Complex Environmental Manager at Pilgrim’s.

CRK will continue our monitoring efforts on Flat Creek in an effort to address remaining sources of water pollution. 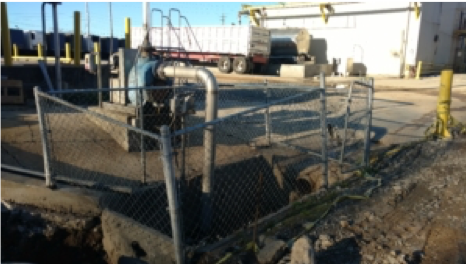 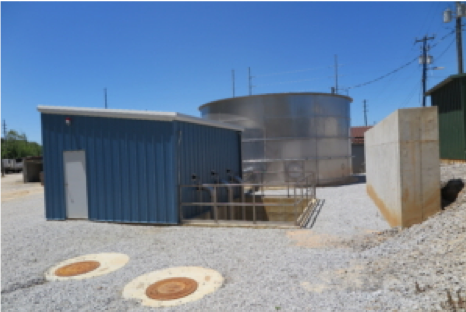